In post-production, the final film is created from the collected material: film editing, dubbing, animation, color editing. Each of these stages brings its own peculiarities and pitfalls and should therefore be considered from the beginning. 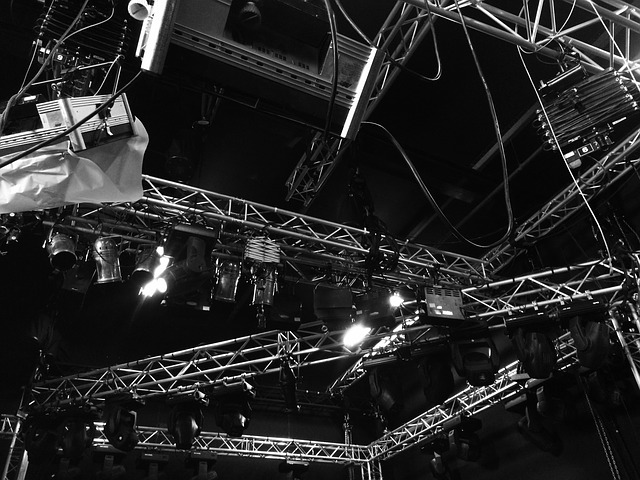 Usually film productions with us take 4 to 12 weeks. However, if desired, we can We can proudly say here that so far all of our 600 produced films have been completed on time. In preparation for your production, we also offer you our step-by-step concept template for your new image film production and price template as a free download.

Pre-production is the most important phase of a film production, especially with regard to the content of the final product. It is therefore imperative to invest enough time, communication effort and work into it. After all, whatever groundwork was not laid in pre-production can hardly be made up later. By the way, this also applies to professionally produced livestreams, which are currently in high demand in times of Corona.

Therefore, when you request a film production from us, there is a standardized procedure. This ensures that this phase is carried out conscientiously and that no work step is forgotten and, above all, that we „take you along“ as the client at all times:

After your initial contact request via e-mail, we call you back quickly, define the rough framework of the film project with you, and then send you an initial rough calculation within one to three working days, free of charge and without obligation.

This often includes optional services that we advise or advise against, such as a specially composed film score, a make-up artist on the shoot, animations, additional shooting days, etc. Since no concrete script has been determined at this point, this offer serves primarily as an orientation for you.

Some clients have already discussed and clarified conceptual points of the film and general conditions as part of internal communication at this point. We then meet with you to discuss the further content and conceptual procedure. All phone calls and e-mails – regardless of a commissioned offer – are of course free of charge during this phase. We usually offer a first meeting free of charge if the approximate total budget of the production is known. This is usually the case when a first calculation has been discussed by us internally.

It doesn’t matter whether you are planning a real film or an animated video: Everything starts on the content level with the formulation of a clear objective: which facts should the viewer have understood after watching your video? Or: what emotional message do you want the viewer to feel?

This objective can be formulated in advance with your colleagues, superiors and partner agencies or worked out directly with us. Sometimes all it takes is a phone call, as in the case of event films, for example, where the content is already predetermined by the event on site.

In the case of a complex image film or an explanatory animation film, on the other hand, this process is more lengthy and complex. Please always keep in mind that this conception must be subordinated to the basic strategic goals of the company. The conception of an image film about a complete company is usually much more complicated, because it involves so many topics of the organization.

At the end of the conception phase, there is a written exposé, treatment, script or storyboard and a shot list and shooting schedule, i.e. a list of the specific filming that will be done on location. The extent to which these content-related specifications are made in advance depends to a large extent on how precisely the conditions on location are known and can be influenced.

For example, when shooting on a specially rented location with actors, it is possible to describe much more precisely what the film will look like than in the case of a documentary on location report with interviews. In a scenic fictional film, like this one, each scene should be conceptually fixed before shooting begins.

Once the concept is fixed, we create the shooting schedule in the next phase. This describes exactly who has to do what at what time and in what place. A detailed and realistic shooting schedule is very important to us because it ensures order and concentration on the important day of shooting.

It is very rare that we do not keep to the shooting schedule or that we take longer than originally planned. Depending on scheduling constraints with interview partners, transport times and location changes, the schedule can change several times and until shortly before shooting begins.

Since we often work in teams that are as small as possible and with a manageable technical effort, we can organize set-up and tear-down work very efficiently. Maximum effort in front of and minimum effort behind the camera is our motto here!

It is important to note, however, that we do not stick slavishly to the shooting schedule on location. If a good opportunity for a good motif presents itself that was perhaps not planned at all, we are happy to overturn the entire plan and change the times. The same is especially true for outdoor shoots. If the weather changes, we have to react to it on the day of the shoot.

– Which locations are needed? These will either be selected by us together with you after a location inspection on your premises or, in the case of locations outside your company, we will research, suggest and book them.
– What time of day is ideal? In addition to the best position for the sun, factors such as employee working hours, noise pollution or availability of the filming location also play a role here.
– What preparations, if any, need to be implemented at the filming location (for example, booking rooms, setting up and rearranging)?
– Will all the products to be shown work on the shooting date?
– Which people need to be present in front of the camera during the shoot? Here the rule is usually: the more, the better for the effect of the film. And do they know when and where they have to be?
– What clothes should these people wear?
Especially for recruiting films or film shoots in production facilities, good internal planning at your company is very important.